I have been asked recently – how is your life these days? A classmate of mine back in the University sincerely asked that question and was waiting with caring eyes. I did see the genuine concern for me, and it seems that she knew what happened to my marriage even if she was continents away.

Lena has been a good friend of mine since freshman in college. We were both invited to join Phi Alpha Nu even when we were just freshies, maybe because our family was moneyed in the state, and her family belonged to a long line of politicians in their city. Of course, we had it all back then. And now, as we grew mature and apart, it was catch up time.

I told Lena that my life is progressing and that having a huge bank account from daddy did not mean happiness. She touched my hand when I said that and nodded her head. She then continued to say how sorry she was for my ugly divorce and that she wishes me all the best because I deserve it. Lena was the girlfriend of my ex-husband’s brother. While Tom, my ex’s brother, and Lena are not together anymore, they remained in contact and are very good friends. Tom did mention to her that Robert and I had parted ways. He also told her that I was devastated, in a difficult position, and pained.

This made me laugh. I asked Lena if she sees in my face the devastation. While smirking, I also raised my eyebrows as she quizzed me. We both laughed because there is no trace in my face of the pain, the heartache, the loneliness, and the damage. It has been two years since the messy divorce, and I have moved on. I have grown, and that was what she saw.

I did tell Lena what happened to me since my cappuccino was still too hot to drink, and of course, I wanted to catch up with her and stay longer. As we were sipping our drinks, I told Lena that, at first, I was a lost soul. My ex and I have been together since we were 17, and in total, we have five kids together. We married when we were 19 and broke up shortly after my 39th birthday.

How do you leave a person you love after five children and two decades? She asked me that question and was waiting for a clear answer intently. I managed a smile, but I thought about what she asked me. How did I do it? After years of enduring all the pain, the womanizing, the pathological lying, the gambling, and the occasional physical encounters, I knew why I left him.

When I decided that I wanted out of this hell, I just let it go. I told him straight out that we are over and that we will start working on the divorce. The pride in him soared, and he told me, “good luck.” I relayed to Lena that at that time, my mind was only thinking of self-preservation. What kind of role model will I be to my children if I continue to be a doormat? I will never let my children see again and again that for their dad, I have no value. Years of abuse held me back, but then, I emerged. I pushed myself, and that was the start of my and improved life.

Mental health issues are a part of it all. Since we were married, though I was not diagnosed then, I knew something was wrong. I tried to kill myself once and had very low self-esteem. It was depression and anxiety for years. My diagnosis came just a few months ago because my boyfriend now told me to get a psychological checkup.

The psychiatrist told me that I do, indeed, suffer from MDD or Major Depressive Disorder. Lena cried when I told her that I have MDD. She even hugged me, but I assured her that I am fine now and that I am recovering pretty well.

Being a person with MDD, I needed to take antidepressants. The psychiatrist gave me Brintellix 10 mg, which was supposed to be taken for three straight months. I did see the vast improvement in my mood since I am always on the go and energetic. But the problem is that my throat dries too much, and well, I cannot sleep at night. At least, I am not always sleeping, crying, or melancholic.

I assured my friend that life is promising for me. We both took each other’s hand and promised that whenever one of us needs the other, we just press one on speed dial. Lena is and has always been the same – a true friend.

She left, and I went home to my handsome boyfriend, who was waiting for me with a caramel milk tea and a bowl of meaty spaghetti. He said that we should watch Henry Cavill on Netflix. My life is the best right now, I must admit it. 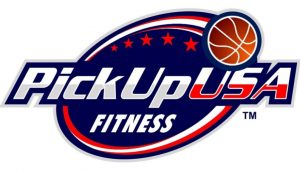 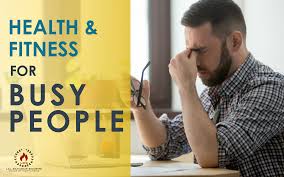